If you are not familiar with Sleepbuds, they are Bose’s completely wireless earbuds that will help you sleep.

They do not play music, only different sounds and white noise that mask the noise around you, such as snoring or traffic.

Now the second generation is here. The battery is replaced, and according to Bose, it should be far more reliable than before. I was pleased with the first edition of the Sleepbuds, in the period they worked, and it’s time to try the new version.

Keep reading to get my impression of the Bose Sleepbuds 2. 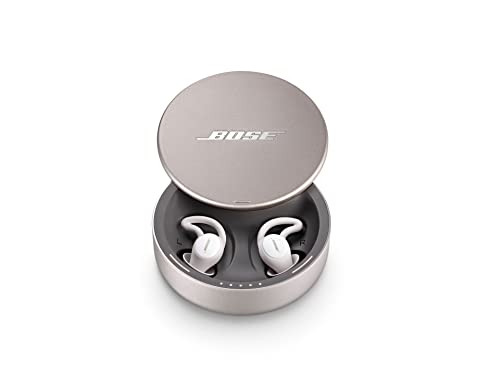 Why was the first version of Bose Sleepbuds discontinued?

According to Bose, most people did not experience any problems with the first version of the Sleepbuds.

Others, however, experienced both that the plugs did not charge to full battery, that they suddenly turned off – or both. Bose said they listened to all customers who had problems and did everything to look for the cause.

“Based on what we knew, we thought that software and firmware updates could solve the problems. But the errors have continued, and recently they have increased in number. This led us to take a closer look at each product. And we found that although the battery we chose works safely, it does not work as consistently or as expected as it should to meet our standards.”

The result was that Bose, in the end, offered a full refund for the product and stated an apology to all customers.

What is the difference between Bose Sleepbuds 1 and 2?

As mentioned above, the first version had significant problems with its battery which is now replaced with a different type.

The Bluetooth antenna has been upgraded, and Bose claims to have changed the outer material to prevent the plugs from “rubbing” against the pillow at night.

The ability to mask noise has become even better thanks to a new speaker inside, better passive noise canceling, and more masking sounds.

Since the battery was the big problem the last time, I want to start with this topic.

A consequence of Bose’s rebuilding of Sleepbuds is that they have switched from a very energy-tight silver-zinc battery to a slightly less energy-tight nickel-metal hydride (NiMH) battery. It has reduced the stated playing time per charge from 16 to 10 hours.

You get three extra charges in the case, up from one in the previous generation, but battery life is something you should consider before buying Sleepbuds II.

I have noticed that it seems to be a small energy drain from the case, which makes me get into bed sometimes with powerless earbuds. That said, ten hours is still more than enough to keep the sound through most nights, so I don’t see this as a big problem.

READ MORE! How Can I Make My Wireless Earbuds Last Longer? (Solved!)

Noise Cancelling and other features

As mentioned, the Bose Sleepbuds 2 don’t have active noise canceling, and they can’t play any music or offer any other features except an alarm.

They focus instead on passive noise canceling and thus masking sound in your ears. These sounds can be aircraft cabin noise, waves crashing against the beach, or the wind fluttering in leaves on the ground.

Bose argues that noise masking is more effective against “uneven” sounds such as the partner’s snoring or the sound from a party upstairs. On the other hand, active noise canceling works best when it comes to the type of even noise we experience on a plane or the bus.

A nice new feature is that the earbuds now have a built-in alarm system where you can set a time for waking up. That said, a relatively sharp alarm right into your ear might not be the best start to the day. You have now been warned!

The product’s actual design is essentially the same as before, with tiny plugs, soft wings that hold them in place in the ear, and a rather large and costly case that the earbuds are clicked into with magnets to charge.

The earbuds are very comfortable to wear. If you have used Bose’s regular earplugs with wings, you have a good indication of how they are designed, only that these are even softer and even more comfortable.

The earbuds come with three sizes in the box – small, medium, and large, where the standard size medium worked just fine for me.

In addition, the plugs are considerably smaller than regular earplugs for music, which they have to be for it to be possible to sleep well with them.

My favorite sleeping position is on the back or sometimes on the side, and most of the time, I don’t have any problems with the earbuds. With the first version, I often experienced a “rubbing noise” when lying on the side, which has been improved a lot in the new generation.

If your favorite position is on the side or the stomach, you might end up with the earbuds facing the pillow in a way that makes a kind of vacuum that makes you not hear the masking sound. But with a slight adjustment, that problem is easily fixed.

The case has a relatively high premium feel, with brushed aluminum, small LEDs that tell you about the battery and charging status, and a rubberized cover underneath that gives friction to the surface. Bose has also added an extra contact point where the plugs are attached to the case (from two to three contact points), mainly to ensure the earbuds stay at the proper position during charging.

The magnets seem solid, and it’s effortless to get the earbuds clicked in the right place. You will also receive confirmation from the LED light below that the plugs are correctly inserted.

What sounds are integrated into the sleepbuds?

Bose divides the sounds you can choose from into three categories; white noise masking, natural landscape, and “peaceful”. The first two noise images are not very different from each other, and the last one is relaxing music of the kind you can get served at a spa or similar places.

The different audio tracks are also stored in the earbuds, and you have room for about ten tracks at a time. If you want to add something new, you must remove something else.

Since Sleepbuds only has so-called Bluetooth LE, low-energy Bluetooth, you get a reasonably low transfer speed. If you want to add new sounds, it can, in theory, take as much as 10-20 minutes, but I did not experience anything more than a couple of minutes.

The combination of noise reduction and masking is good and also somewhat better than the previous model.

One thing that was a little annoying in the first version was that some of the soundtracks were too short, and you could hear a small break every time a sound started over. I was interrupted a few times from sleeping in by focusing on the breaks.

I have tried to identify the breaks in the Sleepbuds 2, but this problem seems to have been solved. Bose has either made the transitions almost perfect or increased the length of each sound.

Bose itself claims that Sleepbuds II produces more sound at the lower frequencies that are beneficial for noise masking than the first generation did, and I have to agree.

At the same time: There are limits to what you can manage to “mask” away by putting another sound on top of it. If your partner snores very loudly and sharply, you may still wake up. But if you usually like sleeping with the window open listening to the busy road nearby, then Sleepbuds II will be right up your alley.

I did experience the battery issue with the first-generation of Sleepbuds, and apparently, quite a few others did too. Enough that Bose recalled them, went back to the drawing board, and came up with a new and upgraded model.

However, the battery that caused the problems with the first version was replaced with a more reliable but less energy-efficient NiMH battery.

It has reduced the battery life somewhat, but otherwise, I feel Sleepbuds II does the one job they are supposed to do excellently.

They are so small that you, in most cases, can sleep comfortably with them in all positions. The masking sounds are reasonably effective, and I had no problem masking the noise around me.

That said, a price around $250 is still quite a lot for a product that has only one purpose.

Still: It’s hard to put a price or value on a good night’s sleep, and a product that can help with that will probably be almost invaluable to the individual. And Sleepbuds II does exactly what they claim.

No, they are only using passive noise canceling through the isolation the earbuds give naturally by inserting them into your ear and playing white noise that masks the noise around you.

What is the difference between active noise canceling and white noise?

While the active noise canceling works best to mask even noises, like the sound you hear on a plane, white noise is better to mask uneven noises like snoring, music, or traffic. 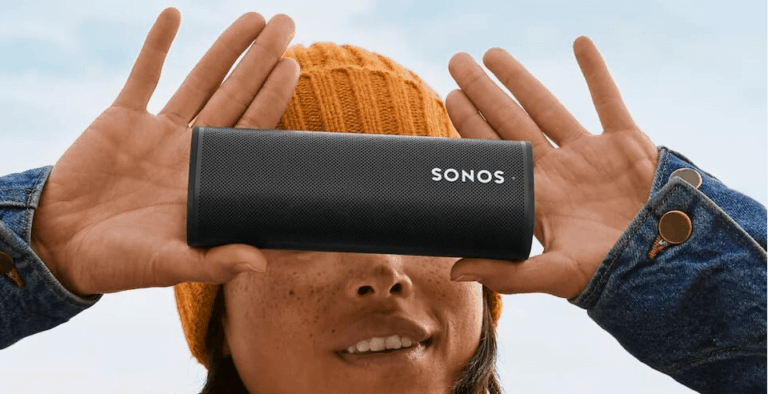